Then Moses said, “What if they will not believe me or listen to what I say? For they may say, ‘The Lord has not appeared to you.’” 2 The Lord said to him, “What is that in your hand?” And he said, “A staff.” 3 Then He said, “Throw it on the ground.” So he threw it on the ground, and it became a serpent; and Moses fled from it. 4 But the Lord said to Moses, “Stretch out your hand and grasp it by its tail”—so he stretched out his hand and caught it, and it became a staff in his hand— 5 “that they may believe that the Lord, the God of their fathers, the God of Abraham, the God of Isaac, and the God of Jacob, has appeared to you.”

I love God.  He is so amazing, and cool.  He uses what is around us, what He has put in us, how He has made us; to accomplish His purposes.  I felt very much like Moses did, when I sensed God’s call on my life, “What if they will not believe me, or listen to what a I say?”  But do you want to know the Scripture God gave me for how things would be, as I trusted Him and moved forward with this blog, and with the others ways He has called me to “speak forth?”

I am a weak thing, I am base and despised, I am small and timid.  But God is not!  I truly can do all things through Christ who strengthens me.  If you have felt that what God called you to, is way bigger than anything that you could ever possibly accomplish; well welcome to my world.  But no, welcome to God’s world.  God uses what is at hand, what we have, small, weak, ordinary things, ordinary people, like you and me.    Why does He do this ? ” so that, just as it is written, “Let him who boasts, boast in the Lord.”

I know who I am, I know what I am.  But the most important thing I know is, that I know who He is, and that He can do whatever He says.  It is He who is at work in me, in you, to both want and to accomplish His will.

What a Mighty and Awesome God we serve.  Yield to Him, trust Him, and watch His mighty work in your life. 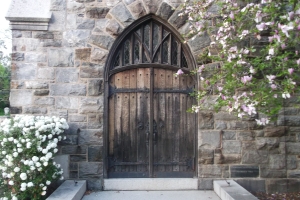 May God's Truth prevail and Love triumph, where we have failed. Amen View more posts

One thought on “What is at hand”