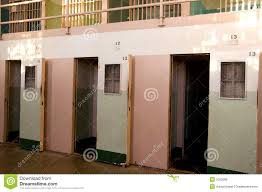 Then the word of the Lord came to Jeremiah the second time, while he was still confined in the court of the guard, saying, 2 “Thus says the Lord who made the earth, the Lord who formed it to establish it, the Lord is His name, 3 ‘Call to Me and I will answer you, and I will tell you great and mighty things, which you do not know.’

The Lord spoke to Jeremiah, while he was still confined.  Have you ever found yourself confined to a small space?  Or perhaps in a situation, relationship, or circumstance, that felt very confining.  Confinement always carries with it such negative terms.  What exactly does it mean, this ‘confinement?’ 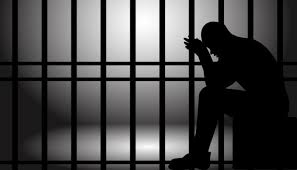 The original Hebrew defines confined as: to restrain, retain, close up, shut, withhold, refrain, stay, detain, halt, stop.  God allows us to experience all of these things, as one time or another.  Confinement can be a very encouraging tool, when you know how to respond to it.  I have had things withheld from me, that I thought I needed.  I have been restrained by God from moving forward at times.  He has halted my planes, closed up opportunities, detained me in places I maybe didn’t want to stay in.  He has enclosed me behind and before and laid His Hand upon me.  God has just plain whispered, “STOP!” when I was engaged in something I should not have been.  Confinement from God can often mean many good things.

I went through such a time, for several years, where everything in my life was shrinking away.  I was in an unfamiliar State, with somewhat hostile neighbors, and very, very few friends.  I had  job, at the time, where my boss was abusive, psychologically, verbally and emotionally.  She was condescending and belittling.  It was a very difficult time.  Then we started to lose things: Our home, Our savings, My husband’s job.  I was desperately crying out to God for help, and wondering where He was.  I had bloodied my knuckles on the invisible walls closing in on me.  But just like Jeremiah,  God spoke to me while I was still confined.  He called me to come away from the walls and stop trying to find my own way out.  He asked me to trust Him in this “confinement.”  He called me to venture to the center of this terrible trial and reach up to Him, to trust Him to do what He had promised me.  He says in His Word that He will, “work all things together for the good of those who love Him and are called according to His purpose.” (Romans 8:28)  And so I did.  I stopped trying to figure it all out, the “Why’s, If-only’s and regrets.  I placed it all in His hands and just collapsed into His arms.  I was terrified and exhausted from all that was going on.  I moved away from the walls confining me, and I found God right there in the Center of it all.  He was right where He said He would be.   In time, He sent from heaven and rescued me out of that horrible situation.  But some of the most important things I know about God today, were discovered in the midst of that confinement.

So if you find yourself in perplexing circumstances, difficulties, or situations.  Come aways from the walls closing in on you.  Come to the center of it all and cry out to God.  You will find Him to be your refuge amidst the Chaos, your Shelter in the Storm, Your very breath of life.  He will keep his promise to you, to work it all for good.  Our part is to Love God and believe He has a Purpose for us.  His job is to work it all out for good.

2 Consider it all joy, my brethren, when you encounter various trials, 3 knowing that the testing of your faith produces endurance. 4 And let endurance have its perfect result, so that you may be perfect and complete, lacking in nothing.  (James 1)

What You will come to know about God in your confinement, as I did,  are Glorious Gems in the Crown of Life He has for you.   Trust Him in the midst of it all.  God bless you all.

One thought on “Confinement”